Children/youth around the world have been told and brought up to believe that modern education is the route to success virtually in all human endeavors: business, leadership, workplace, politics, etc. But education is different from “being educated.” Take the 16th president of the United States; Abraham Lincoln, for examples; he was a lawyer, yet he never went to college. There were six presidents of the United States never went to college: Andrew Jackson (1829-1837); his successor, Martin Van Buren (1837-1841), Zachary Taylor (1849-1850), Millard Fillmore (1850-1853 ), Andrew Johnson ( 1865-1869) and Grover Cleveland (1885-1889 and returned for a second term  1893-1897 ). Four college drop-outs governed the United States as presidents: Harry S. Truman (1945-1953), James Monroe (1817-1825), William Henry Harrison (1841), and William McKinley (1897-1901). The most successful men impacting our world today dropped out of college. For example, Steve Paul Jobs, co-founder of Apple, dropped out of Reed College in 1972; William Henry Gates, who co-founded Microsoft dropped out of Harvard in 1975, and so his partner, Paul Allen, and Mark Elliot Zuckerberg dropped out in 2004 and later founded Facebook.  Deepak Ravindran, the Indian entrepreneur, dropped out of college to co-found Innoz Technologies, so also the self-made millionairess; Sophia Amoruso.

A look at our curriculum is a combination of these three areas of education whereby, the poor youth in Quezon City, Metro Manila in The Philippines can interact with her colleagues in Dowling and McGovern Streets, Houston, Texas and a needy youth in Peshawar, Pakistan can learn a lot from his “EOCC colleague” in Auckland, New Zealand.  By making mobile technology accessible to 300 million in India, children/youth can learn in the comfort of their homes, starting with our primary school. Students can matriculate to Emmanuel Online Christian Elementary Academy ( EOCEA ), then seamlessly proceed to our secondary school, Emmanuel Online Christian College (EOCC).

But we also offer more; the spiritual development of our children/youth. We earnestly believe that the teachings of our Lord Jesus Christ as contained in the Holy Bible are the most effective tools in the proper education of children and youth to become morally upright adults and responsible citizens. These Godly teachings, which are the bedrocks of Western Civilization, are needed in our world today.

About Us
Emmanuel Online Christian College (EOCC) is inspired by the Lord Jesus Christ and the Holy Spirit anchored on the revealed words of the Almighty God contained in the Word of Life; the Holy Bible. We take Jesus Christ; unapologetically, as the Lord of our spirit, the Master of our souls and the Savior of our bodies. We believe the Holy Bible is the Manual of Life needed by all human beings to navigate their ways through life on earth. Here at EOCC, we shall provide a Christ-centered, Word-based, quality and free education to young men and women around the world using modern technology. 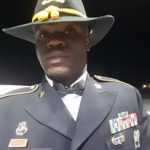 Activities of Principalities and Demon Worship in our World
June 29, 2020Byepo-admin 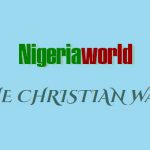